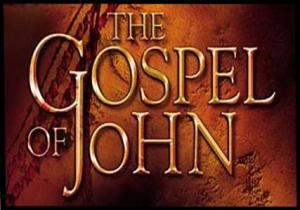 As I have been studying in the Gospel of John for my sermon series, I have realized that John knew about this eternity that He believed in. He lived as if he was “in” eternity, which made him very bold and victorious in his faith. Could it be that we really are living “in” our eternity now? If we believe that as a person confesses Christ as Lord that they are fully saved and secure, then our eternity begins at that moment. Let me explain. According to 1 Thessalonians 3:13-17, believers will be in the presence of Christ immediately from the minute they depart this physical life. So, eternity starts as soon as you believe in your heart and confess with your mouth that Jesus is Lord (Romans 10:9-10).

Clarity begins when we seek to clearly define the process of the vision for the church. John’s vision was for a Kingdom that could be clearly defined. John 1:1, “In the beginning was the Word.” John used the greek word “logos” to describe the physically spoken world that was created by God. John decided to make that clear from the start. The process is defined. John says the “Word was with God, and the Word was God.” God has always had the “Word” with Him from the beginning in His mind and as He spoke it.